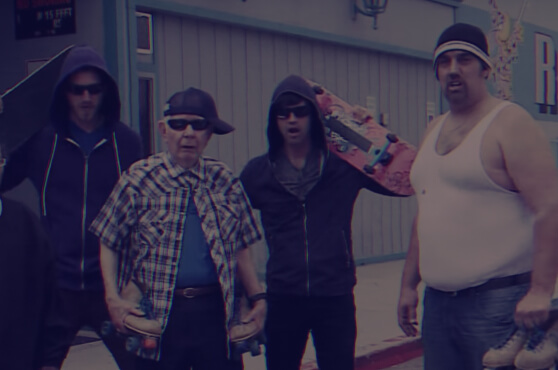 30 years ago, to get millions of views you needed a Super Bowl budget. Today all you need is a phone and an idea.

Grab a cup of tea, enjoy the ads, and afterwards we’ll discuss what connects them:

Back in 2011, a customer left an angry voicemail after being kicked out of an Alamo cinema. Alamo turned the voicemail into an ad and started playing it in all their theatres:

Comedians, Rhett and Link, teamed up with Roller Kingdom in Reno to produce this gem:

The video went viral on Twitter after being shared by Complex News and Andy Richter.

Back in 2006, Sammy Stephens recorded a song to promote his flea market in Montgomery, Alabama.

Local DJs started playing the song and before Sammy knew it he was on The Ellen Show:

On the 16th December 2015, Frijoles & Frescas Tacos was robbed. The next day store manager, Greg Carlson, released the security footage.

Except he added captions which turned the burglary into a story about the thieves just wanting tacos:

You knew it was coming. The OG low-budget viral video cost $4,500 and was shot in 7 hours:

Dollar Shave Club raised a seed round a month before shooting the video. Cleverly, they delayed the announcement.

This meant when startup media wrote about their funding, they all linked to the launch video which came out the same day. Smart.

Furkids volunteer, Helen, invited her brother Paul to the pet shelter. Paul improvised with the cats for 30 minutes and produced this masterpiece:

The video hit the front page of Reddit and was all over national media overnight:

Whilst preparing the article I played each video for my brother. The first thing he said:

None of these ads make it through meetings

And he's right. These ads are the product of an individual's vision.

Another common thread is humour. There is nothing special about flea markets, razor blades, or roller skating. The product is unimportant. People share what makes them laugh.

To quote Howard Gossage, “Nobody watches ads. People watch what entertains them. Sometimes it's an ad”.

And finally, each ad embraces its amateurishness.

Fancy cameras, professional actors, and film degrees can be a hindrance. There is something charming about the novice. We celebrate the Sammy Stephens of the world.