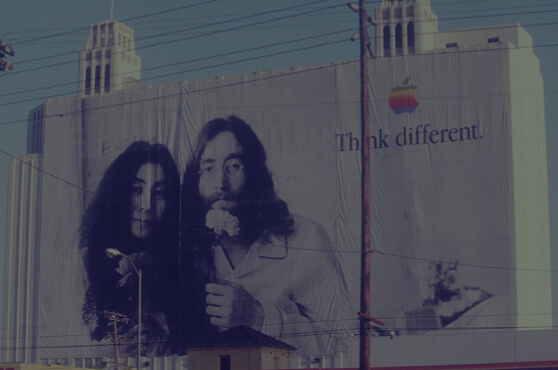 They launch it with a nine-page ad in the New York Times.

It's nine pages of geek speak. Nobody outside NASA is interested. Lisa sells just 10,000 units. 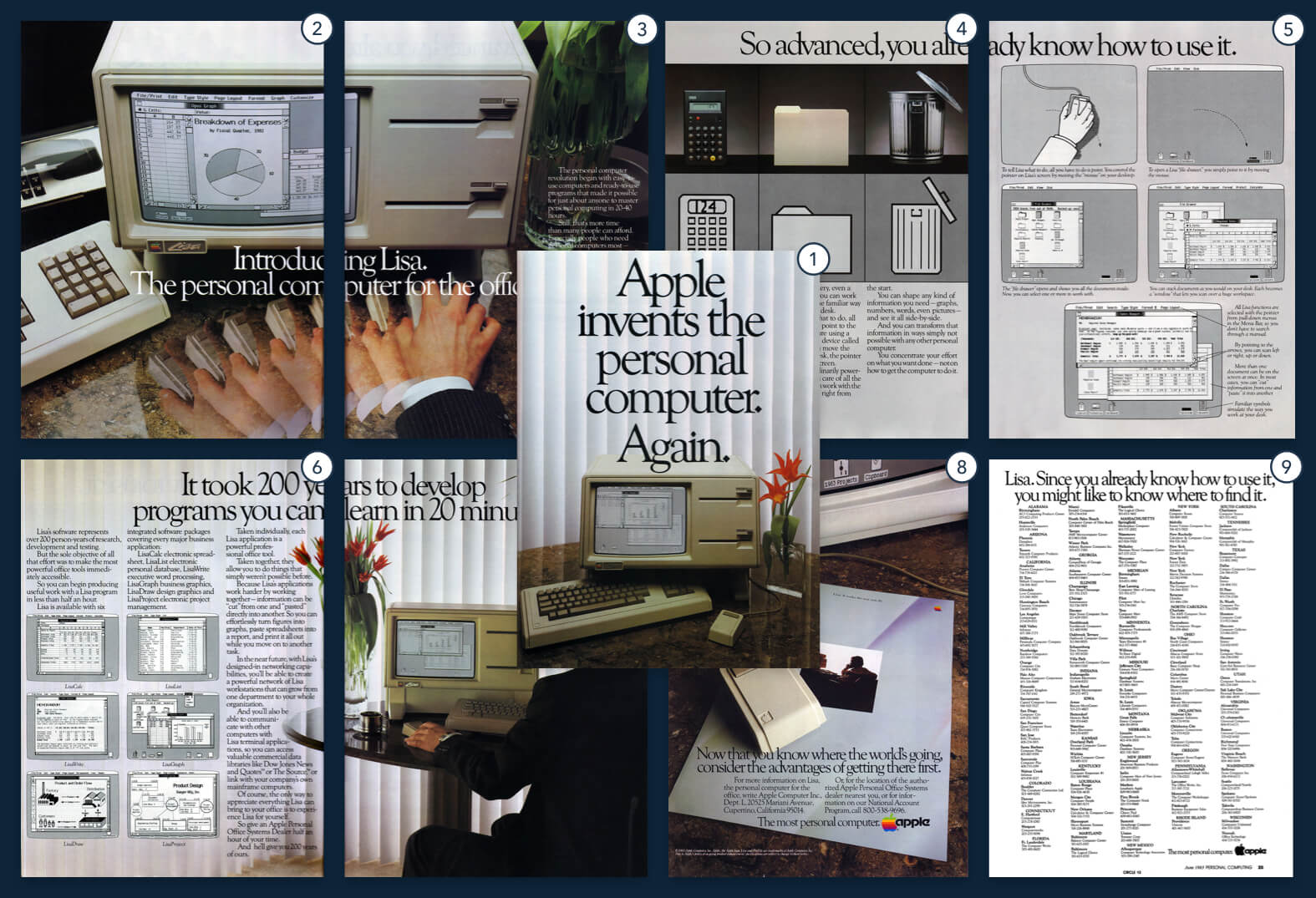 In his first campaign back he reduces nine pages in the New York Times to two words on billboards across America: Think different.

There would be no computers in the ads. No technical jargon. No noise.

You see greatness. You want to emulate it. Apple is how you get there.

It's a simple story. Light on calories. And it stuck.

The campaign ran for 5 years. And is credited for turning Apple's fortunes around. Think Different is still printed on the back of some Apple computers today.

Credit to the excellent book Building a StoryBrand by Donald Miller where this example comes from.

If you'd like to learn from one new marketing example each week please do join the email list .