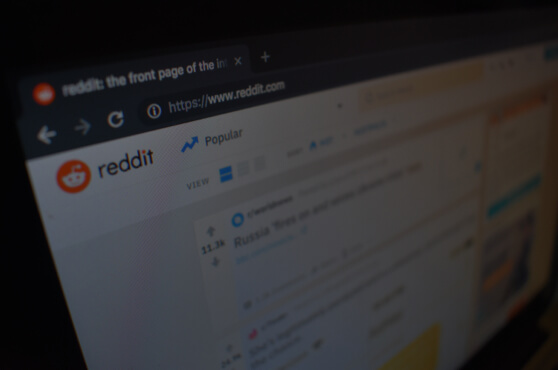 Reddit is a bit of an untapped goldmine for marketers. The site is made up of thousands of niche communities (subreddits). This gives an opportunity to communicate directly with your audience, and if your post rises to the top benefit from some pretty major traffic.

The problem is on the majority of subreddits you’re not allowed to self promote. This is certainly a grey area because people still do. But the Reddit crowd are a tough bunch to impress and most of these posts get ignored.

The question is: How do you self promote on Reddit and get away with it?

1. Get attention with upfront value.

3. Slide in self promotion

Let’s see it in action:

How to do it

Trennd is a business which helps entrepreneurs uncover the next emerging trends. Josh (the founder) posted on Reddit listing 57 exploding trends: 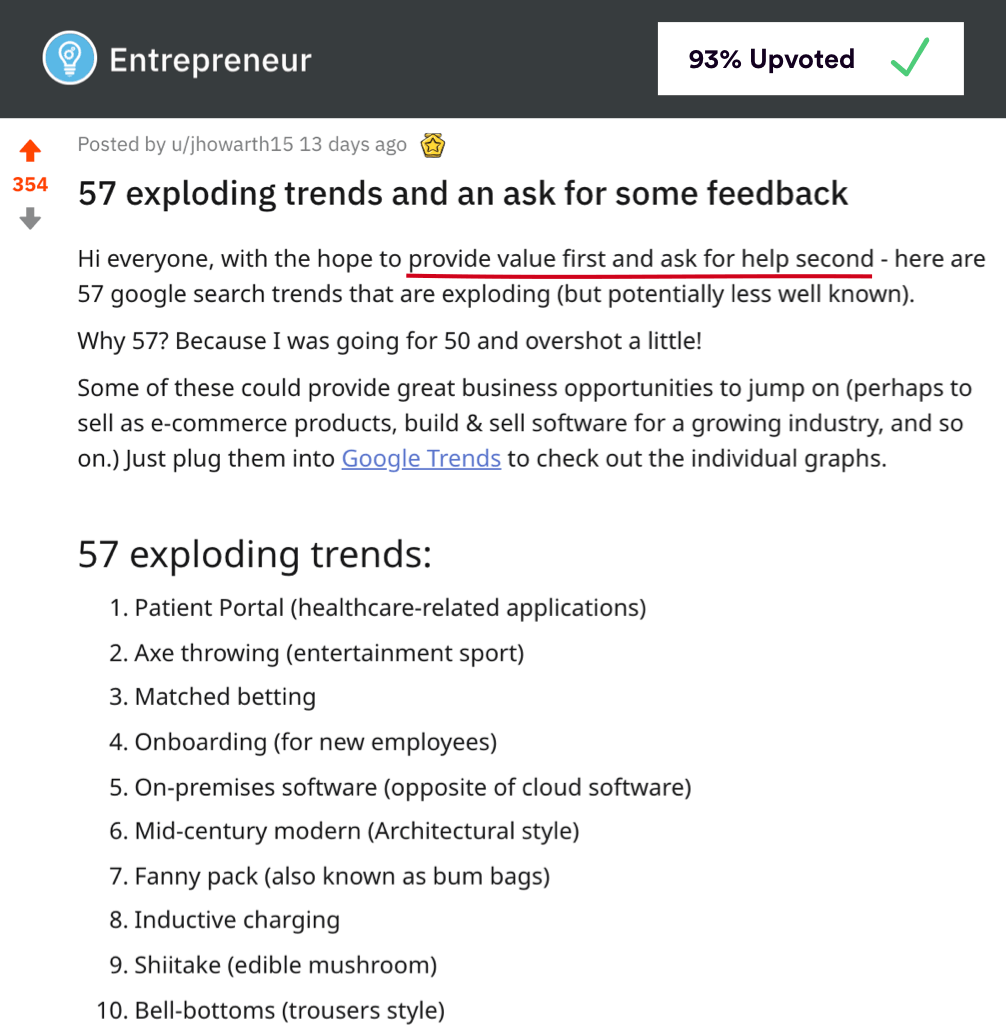 This bought goodwill, earning him the right to promote his own site.

And benefitted from a nice traffic spike as a result. 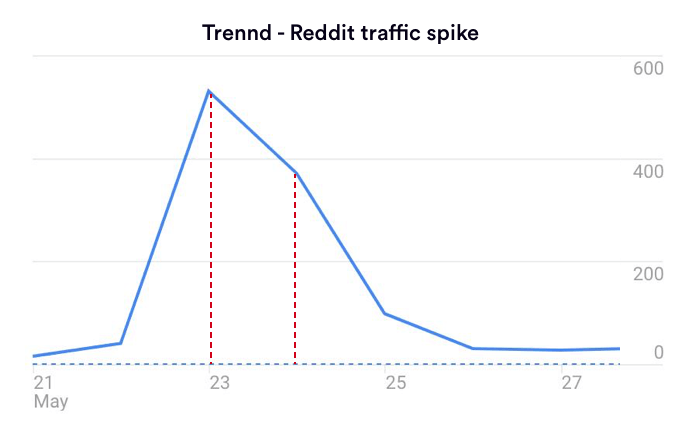 u/SweatyStartup wrote short summaries of the 19 best business books. It's been the top post on r/Entrepreneur for the past couple of days. 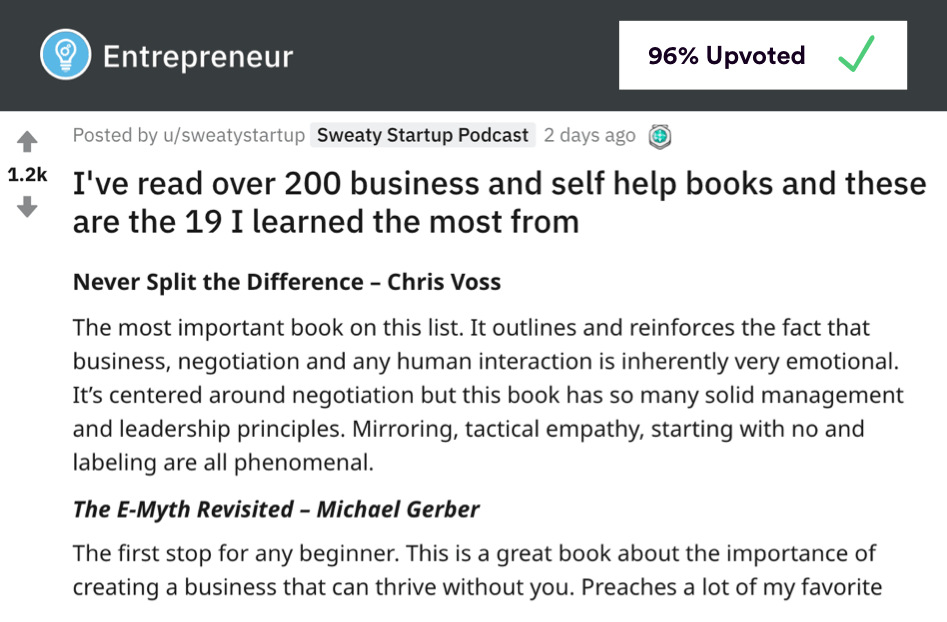 The upfront value got people's attention. He then slipped in his CTA at the end:

How not to do it

Here, u/PeanutBAndJealous naively assumed that the people of Reddit would care about his podcast. Pro tip: no one on Reddit cares unless you give them a reason to. 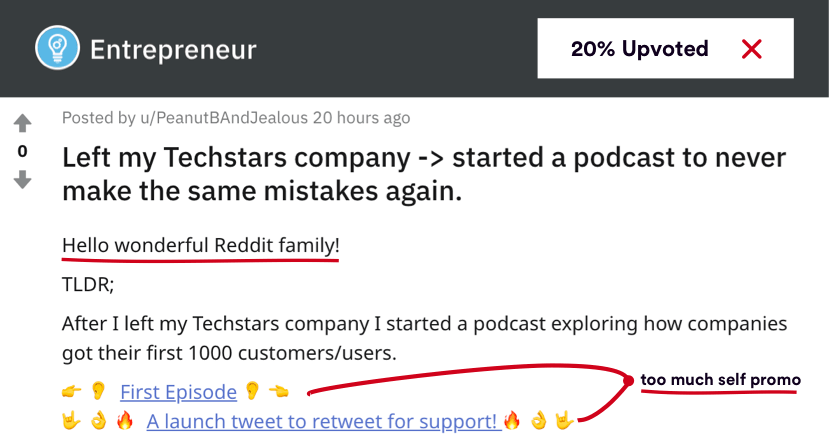 How could you rewrite this post? Well, the podcast is about how startups get their first 1000 users. So a better title would be:

Then, after offering upfront value you could slide in the self promo at the end.

A title which promises upfront value will get 100 times more attention than a title asking you to “Look at me!”. People come to r/entrepreneur to learn, not to look at poorly executed side projects.

I'd like to thank Trainual for sponsoring the site. If you're hiring, training, or just gearing up for growth, I'd certainly recommend them.

Share on
Join 10,943 marketers getting
2 case studies every Tuesday and Friday
Upgrade my marketing
“
Hands down the best marketing newsletter I'm subscribed to.

George MackGrowth, Sportstack
“
Marketing Examples is so f***ing great. I love it!

Trainual is the easiest way to train your team and keep things running smooth as you scale.
Try it out
I use EmailOctopus for my email marketing. So should you.
Get started 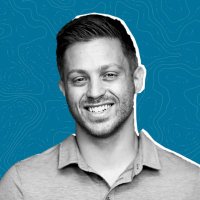 How to build viral loops into your content marketing

Understanding the power of signalling

How Fortnite changed the way video games were marketed

How Volvo won the Super Bowl (without running an ad)