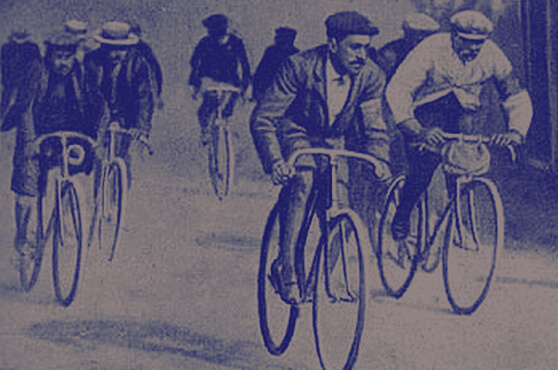 Let’s time travel back to France at the turn of the 20th century. There are two major sports papers in circulation: Le Vélo and L’Auto. It’s fair to say they don’t get along.

Le Vélo has just sued L’Auto for plagiarism. And to make matters worse for L’Auto, its circulation is falling week on week and their financial backers are getting restless.

Desperately in need of some fresh ideas, L’Auto calls a crisis meeting. 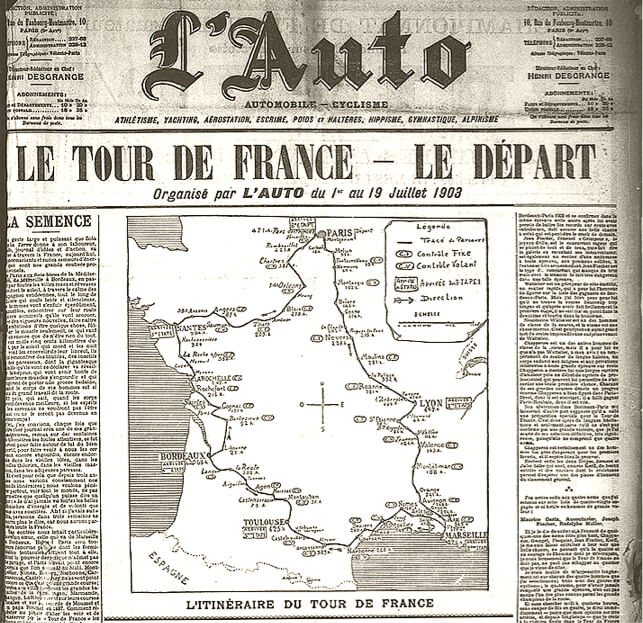 For a long time, it looks like Le Tour might be a bit of a disaster. With just a week to go only 15 riders are signed up. Desgrange delays the start date, introduces a 20,000 franc prize purse, and promises to pay the expenses of the first 50 riders who sign up.

The dramatic writing in L'Auto's daily reports captivates the imagination of the French public. Throughout the 1903 tour L’Auto’s circulation grows from 25,000 to 130,000 and old rival Le Vélo is forced out of business. 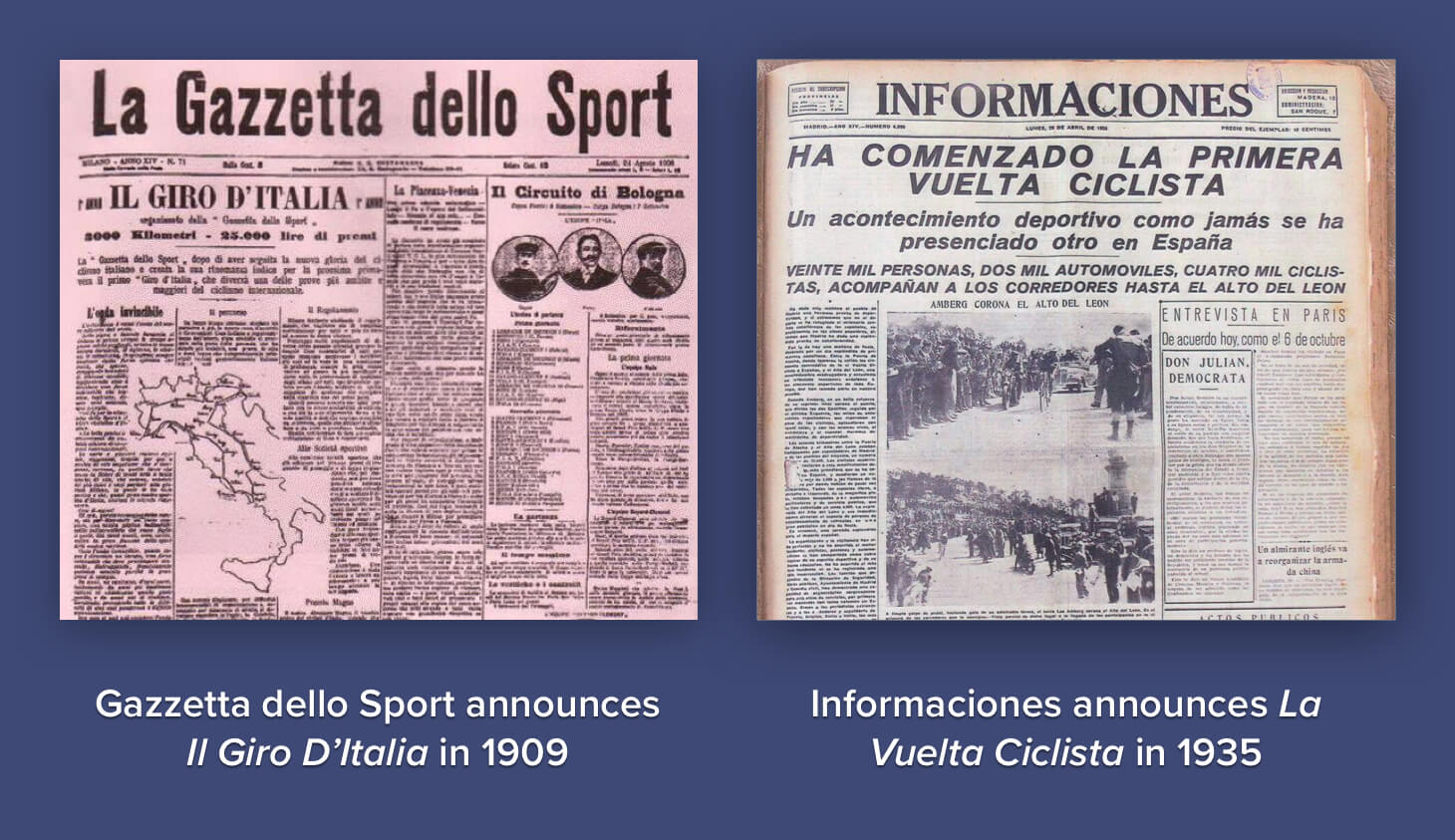 It's quite remarkable really. The three largest cycling stage races in the world today all started as “side projects” hoping to increase readership of their parent newspaper.