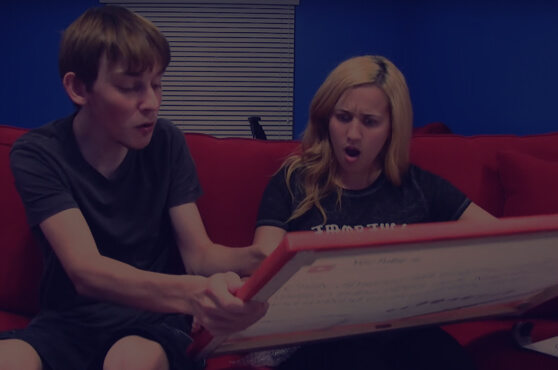 When I left university my friend Giles and I set up 140 Canvas, a small business allowing anyone to design their own tweets and purchase them as canvas prints. 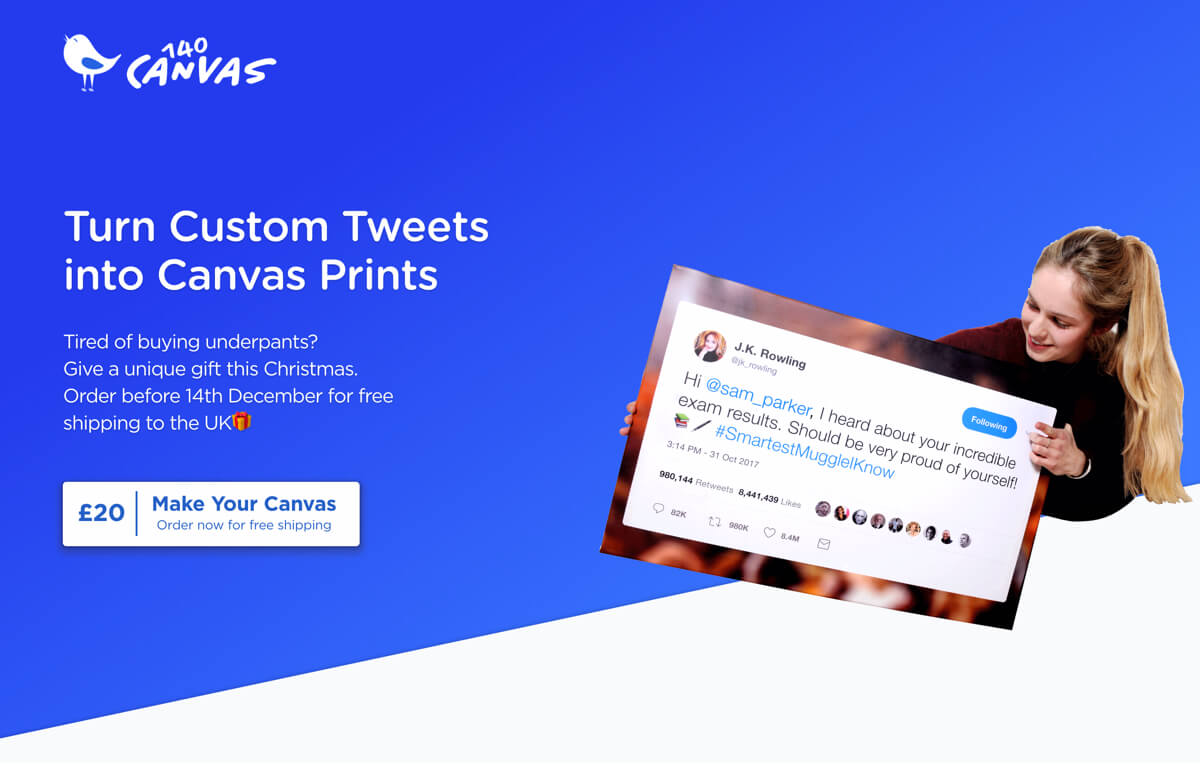 By late 2017 sales were dwindling. We had just £200 left in the budget and desperately needed to get eyeballs on our product in the run-up to Christmas.

Thankfully Giles had come up with an idea. He showed me a video from Casey Neistat’s YouTube channel where he opens fan mail on camera.

He said all we'd have to do is post one of our canvases to Casey, he’d open it up on camera, we’d get mega exposure and the money will come rolling in. I started laughing. It sounded wacky, but we agreed it was a worth a shot. 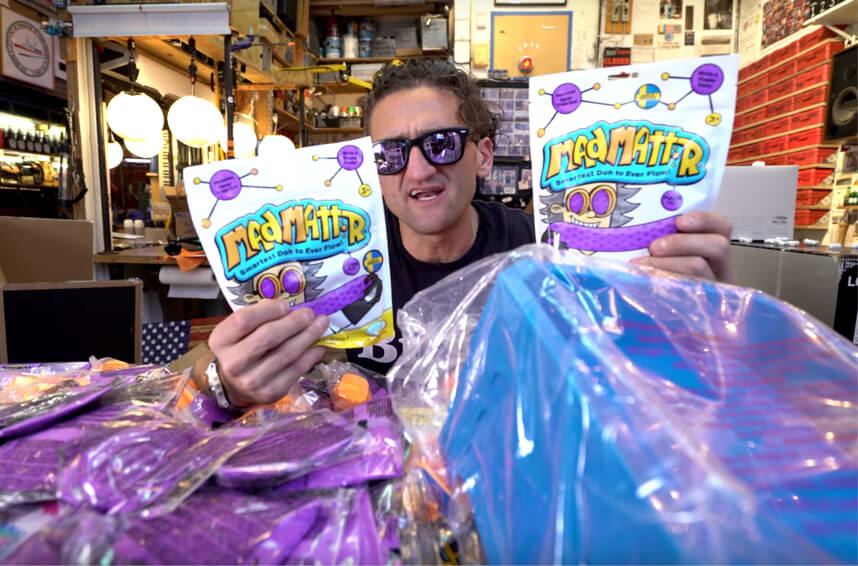 We found ten YouTubers who did regular Mail Time videos, wrote ten funny tweets, printed them off as A1 Canvases, and shipped them to their PO boxes around the world. 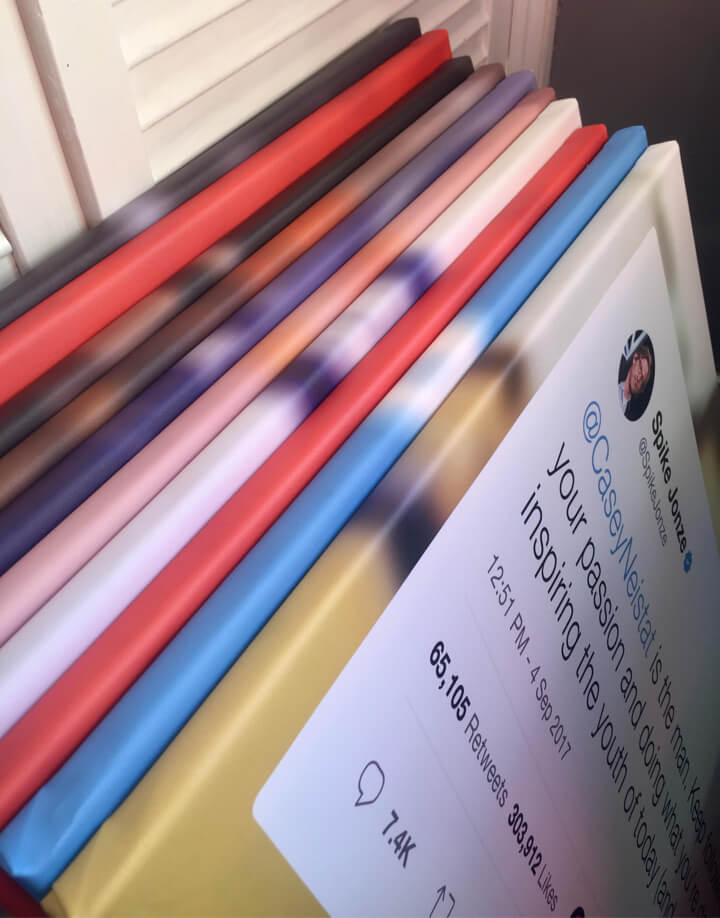 A couple of weeks passed and a YouTuber called Chilly did a MailTime video and opened our canvas on camera. Not only did she give us 4 minutes airtime, she was so blown away by our gift that she gave a free shoutout to our website in the description and pinned my comment to the top of her video. This video ended up with 3.3 million views. 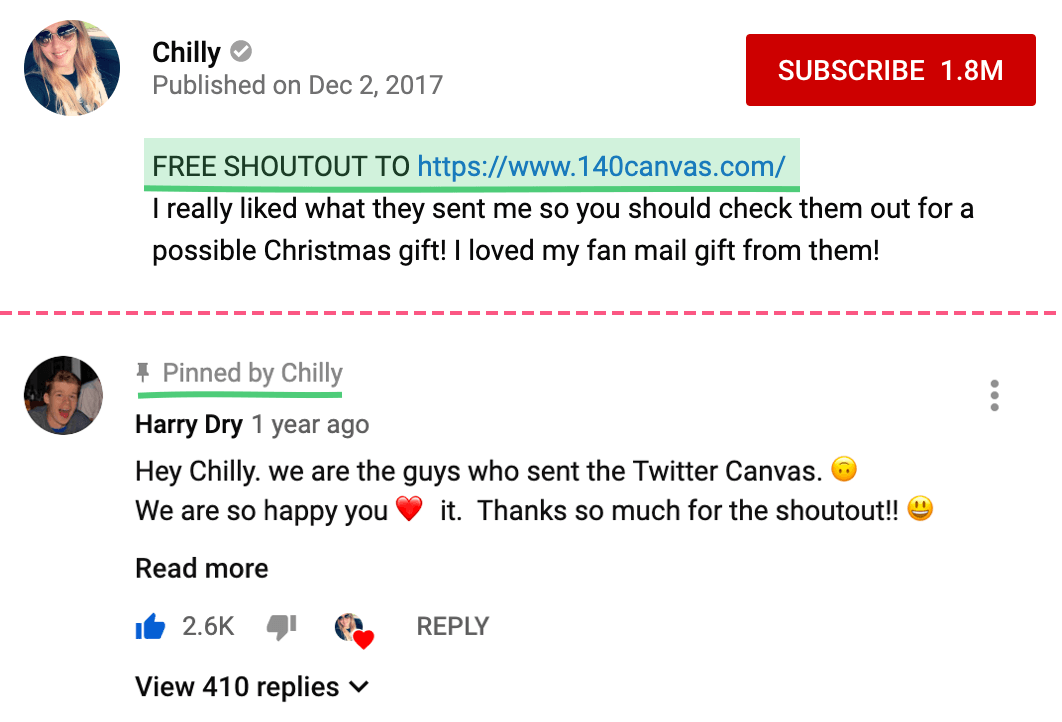 A few more weeks passed and another YouTuber called Sodapoppin opened our canvas on camera. That video ended up with 400k views.

Having binge-watched countless Mail Time videos to prepare, our number one lesson was that genuine fan mail got an infinitely better reaction than company promotions. So our challenge was to come across like genuine fans.

Whilst most companies sending products included formal letters and sleek packaging we did the complete opposite. We bought glitter, fancy cards, bubblewrap, Christmas wrapping paper and hand wrote personal letters. 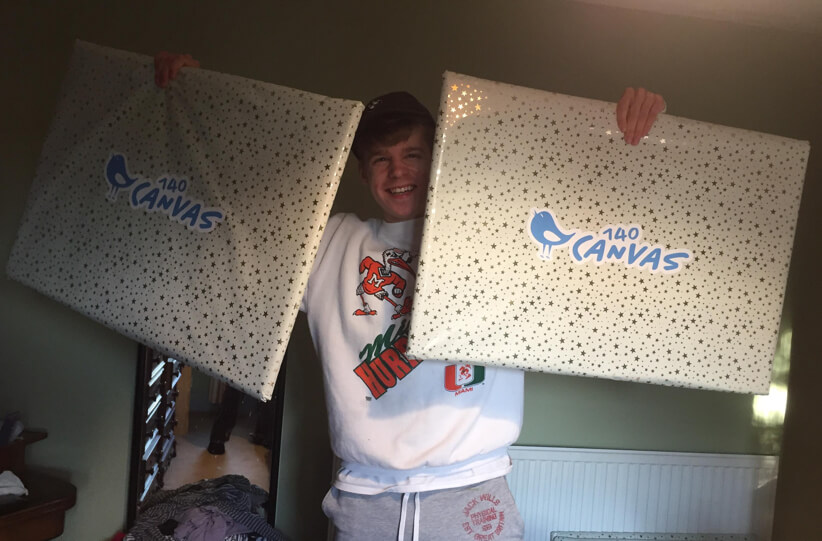 For example, our letter to Casey Neistat read:

I’ve been a big fan ever since Bike Lanes went viral. I remember watching the Do What You Can’t Video and thinking screw it, I’m going to drop out of uni and learn how to code.

A few months later and I’ve built my first startup 140canvas.com, which sells “Design your own” tweets. I wanted to send you one as a thank you.

It's self-promotion without being self-promotion. And that’s key. The best marketing doesn’t look like marketing because as soon as people know they are being sold to they tune out.

Another thing we'd learnt binge watching Mail Time was that personal touches made a big difference. We had a big leg up here because the whole point of our gift was that it was personal. You could write whatever you wanted to.

For example, on the canvas we sent Casey was a tweet from Spike Jonze (his all-time hero) saying just how much he liked the new daily vlog.

If bloggers think in headlines, YouTubers think in thumbnails. And we thought Casey holding a huge tweet from Spike Jonze would make a pretty awesome thumbnail.

People love a plucky underdog. And throughout our letters we cast ourselves as just that. Two young guys, straight outta school, taking on the world. That was the story. And it was a story people could buy in to.

Would Chilly have given us such a big shoutout if our note was typed out on letterheaded paper and signed by a Director of Global Marketing?

If you liked the article sharing the thread on Twitter is really appreciated. Thank You!

🔥 How I reached 3.7 million people posting canvases to YouTubers 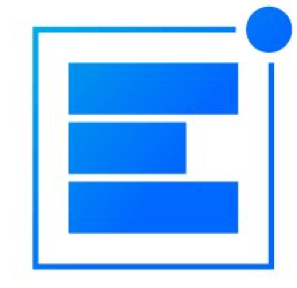 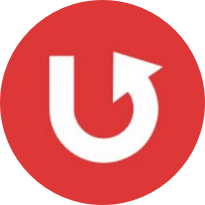